Where are they now? - Sean Smith 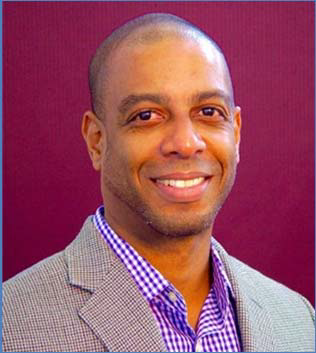 One of the gratifying rewards afforded to faculty of the University of Toronto Division of Neurosurgery is the opportunity to help educate worthy individuals from developing countries, who then return to their homeland to provide a high level of neurosurgical care. Dr. Sean Smith is such an individual. Sean is from Barbados, and graduated MBBS from the University of the West Indies in 1999. He interned in Barbados (1999-2000) and then became a senior house officer, first in Accident and Emergency (2000-2002) and then in general surgery (2002-2004), with the intention of choosing a specialty later. However, he was soon assigned to orthopedics because of staffing issues, a field that Sean did not enjoy. When the opportunity to join Dr. John Gill, recently returned to become the only neurosurgeon in Barbados arose, Sean took it, and was gradually persuaded to pursue a neurosurgical career.

Sean was in the neurosurgery program at U of T from 2004 to 2008, and did an AO spine fellowship at Toronto Western Hospital with Drs. Michael Fehlings and Eric Massicotte in 2009-2010. He was certified by the Royal College of Surgeons of Canada in 2012.
Sean returned to Barbados as the country’s second neurosurgeon in 2010. He and Dr. Gill are on call alternate weeks for Barbados (300,000 population) and much of the English-speaking Caribbean except Jamaica and Trinidad, and so have a catchment area of 800,000 to 1,000,000 people. Sean’s practice is about 70% public (government funded) and 30% private (self-pay/insurance), the latter mainly in his chosen subspecialty of spinal surgery. There are no neuroradiologists, neurointerventionalists or neuropathologists, and limited rehabilitation and radiation oncology facilities sometimes compromise potentially better outcomes. As there is only one neurologist in the public system, the neurosurgeons will occasionally step in to take stroke call, which has been recently introduced.
The lack of resources sometimes restricts the treatment that can be offered, and the lack of trained help makes the practice very labour intensive. ICU, stepdown and ward facilities are shared (read ‘competed for’) by all surgical specialties. Colleagues from abroad, particularly in Toronto, provide occasional consultation. Dr. Smith feels there would be benefit to setting up a more formal interactive relationship with the U of T community. He feels that real time access by teleconferencing to spine and/or oncology/pathology rounds would be especially helpful.
Sean attends at least one major conference per year for CME, and usually one minor conference and several subspecialty courses per year. He reads the major neurosurgical journals, provides invited peer review for several journals, attends M & M and grand rounds, and teaches a variety of learners at different levels. There is on call support from general surgical residents in the University of the West Indies surgery program. Though the impact of technology is growing, and increasing numbers of his patients come for consultation armed with ‘Dr Google’s’ opinion, there is still some resistance to advanced medical care, resulting in some regrettably late presentations. This skepticism was particularly prevalent for spinal problems, though Sean and his senior colleague are steadily building the confidence of the population in this area. Sean is involved with a small group of surgeons and anaesthetists in the development of a newly-built ambulatory surgical centre.
Despite his formidable workload, Sean still makes time for paddle-boarding, running and yoga.
By Bill Tucker