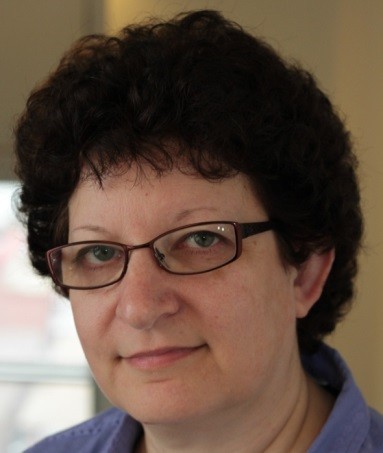 Dr. Karen Davis obtained her PhD from the Department of Physiology at the University of Toronto in 1988 and went on to complete a post-doctoral fellowship at John Hopkins University. She was appointed Assistant Professor in the Department of Surgery in 1995 and joined the Institute of Medical Science at the University of Toronto in 1996, where she was its Graduate Coordinator from 2002-2008 and Associate Director between 2009 and 2012.

Dr. Davis is founding member of the University of Toronto Centre for the Study of Pain and currently sits on its Executive Committee. She is also currently Professor at the Department of Surgery and Head and Senior Scientist of the Division of Brain, Imaging and Behaviour – Systems Neuroscience at Toronto Western Research Institute.

Dr. Davis’s early work involved single cell electrophysiology, with discoveries of brain neurons that encode vascular headaches, primary afferent “silent” nociceptors capable of chemical and injury-induced sensitization, and human cortical neurons encoding pain and attention. Over the last 20 years, her research lab has used a variety of novel and innovative PET and MR-based structural and functional imaging techniques to study the brain mechanisms associated with pain, plasticity and the impact of traumatic injuries.

In addition to publishing over 130 highly cited papers and delivering over 140 invited lectures, Dr. Davis’s TED-Ed video “How does your brain respond to pain?” has been viewed over 500 000 times. In 2009, she was inducted into the John Hopkins Society of Scholars, which honours former post-doctoral fellows who have made distinctive impacts in their field. Dr. Davis also served as section editor for the international journal Pain, sits on journal editorial boards, and was a Mayday Pain and Society Fellow. Dr. Davis has a strong interest in mentorship, research ethics, having created a graduate student oath (published in Science), and in neuroethics pertaining to brain imaging. She currently sits on the CIHR Advisory Board for the Institute of Neuroscience, Mental Health and Addiction (and serves as Vice-Chair) and the Council of the International Association for the Study of Pain.