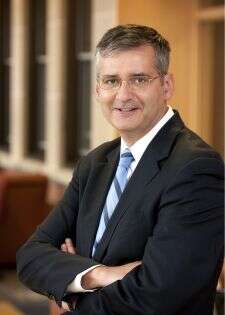 Dr. Lozano has an active laboratory dedicated to the study of neurodegeneration and functional neurosurgery. He has published over 450 manuscripts, 90 chapters and edited 5 books. He has the unique distinction of being named the most highly cited neurosurgeon in the world (Thompson Reuters, 2002-2012). Dr. Lozano has been an invited speaker or visiting professor throughout the world, delivering over 500 lectures including 45 named lectures such as the Penfield, Marsden, Leksell, Feindel, Ojemann, Hunt-Wilson, Winn, Salk and Olivecrona lectures. He has served on the board and executive of several international organizations, including the founding scientific advisory board of the Michael J. Fox Foundation and the Weston Brain Institute, and has been President of both the American and World Society for Stereotactic and Functional Neurosurgery. He is editor-in-chief of the Textbook of Stereotactic and Functional Neurosurgery and currently serves on the international editorial board of 18 journals. Dr. Lozano is married to Marie and they have two sons, Alexander and Christopher.

Areas of Interest and Expertise

Dr. Lozano is best known for electrical recording and stimulation mapping of hitherto unexamined brain areas and for the identification and testing of novel therapeutic targets for deep brain stimulation (DBS). He and his team have pioneered the “first in man” applications of DBS in dystonia, Huntington’s, depression, anorexia and Alzheimer’s disease and locomotor brainstem areas in Parkinson’s disease. His recent work in experimental animals has shown that DBS can drive neurogenesis and enhance memory function. He is currently leading a large multicenter trial of DBS for Alzheimer’s disease. Dr. Lozano is particularly proud of the residents in the neurosurgery training program in Toronto and the more than 60 functional neurosurgery fellows that have trained with him and gone on to become leaders in their field.