Where are they now? - Nalin Gupta 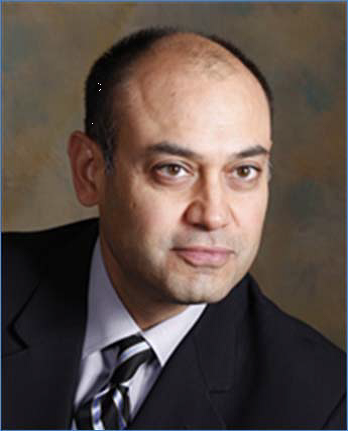 In the midst of his clinical training in Toronto, Nalin was a research fellow in the Brain Tumour Research Center at UCSF (1991-96), supported by the MRC, as well as a graduate student in the Department of Biochemistry and Biophysics at UCSF (1992-96). His graduate advisor was Dennis Deen, and he completed his PhD in 1996.

Nalin was briefly a clinical associate in the Section of Neurosurgery at the University of Chicago (1998-2000), and then moved to UCSF (Departments of Neurological Surgery and Pediatrics) in 2000. He has risen progressively to the rank of Professor in Residence in those two departments, and has been Chief of the Division of Pediatric Neurosurgery since 2000. Throughout this time he has been a Principal Investigator in the Brain Tumour Research Center of the Department of Neurological Surgery.

In 2000 Nalin became the Bruce Dettmer Endowed Chair in Pediatric Neurosurgery. In 2014 he was made the Endowed Chair and UCSF Benioff Professor in Children’s Health. Nalin has been the recipient of a number of major grants, teaches clinically and in the laboratory, and has an impressive list of clinical and basic science publications, principally, but not exclusively in the field of pediatric neurooncology. He has been an editor of four pediatric neurosurgical textbooks and contributed to forty-four book chapters.

Nalin is a member of, and has held leadership positions in, numerous professional and scientific organizations in his fields of interest.

Nalin and his wife, Heather Fullerton, a child neurologist, have two children, a girl and a boy, aged eleven and ten years. The family enjoys the outdoors whenever possible, skiing at Lake Tahoe in the winter, and hiking there in the summer.