Where are they now? - Jennifer Brown 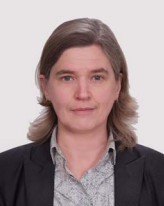 Jennifer Brown began her medical education by obtaining a B.Sc. in Anatomy from McGill University in 1986. She graduated from medical school at McGill in 1990. While obtaining those degrees, Jennifer earned several awards and scholarships.

Jennifer then spent two years in the Core Surgery Programme at Queen’s University in Kingston, and then entered the Neurosurgery Programme at the University of Toronto and was certified in Neurosurgery by the R.C.P.S.C. in 1998. During her residency, Jennifer did research in neurotrauma at St. Michael’s Hospital, and earned an M.Sc. from the Institute of Medical Science at U. of T. in 1996. She won several prizes while a resident, including the Bayer Prize for Neurocritical Care in 1996, and served as the Senior Resident Representative on the U. of T. Neurosurgery Residency Programme Committee.

Jennifer next went to Scotland to pursue fellowship training in general neurosurgery, complex spinal surgery and paediatric neurosurgery (1998-2000). She was recruited to the faculty of the Department of Neurosurgery, Institute of Neurological Sciences, in Glasgow, where she remains to this day, and now has British and Canadian citizenship.

The MSN for Neurosurgery in Scotland was formed in 2009, and coordinates the operations of the four neurosurgical units in Scotland. This Network, to which Jennifer has made major contributions, aims to manage the four units as a single service, with the goals of national management of service capacity, equity of access to specialist service, planning and management of subspecialties, including paediatric neurosurgery, national workforce planning, national planning of service developments, nationally agreed standards, standard referral pathways and protocols, patient and public involvement and the promotion of research and academic neuroscience. Significant progress toward achieving these goals has already been made. The MSN has been involved in successful applications for a nationally designated service for Deep Brain Stimulation for movement disorders in Glasgow, and for Selective Dorsal Rhizotomy for gait improvement in both Glasgow and Edinburgh.

Jennifer claims to have toned down her sporting activities in recent years, but she still enjoys the outdoors, and gets up into the Scottish hills frequently. She also has a rather large garden in a rural setting, which has a burn (small stream) running through it, in a steep-sided glen, so tending this is justly referred to as ‘extreme gardening’. Perhaps to honour her Canadian heritage, Jennifer is currently experimenting with the Canadian series of explorer roses (with names like the Alexander Mackenzie, Henry Kelsey, George Vancouver and Martin Frobisher) bred by Agriculture Canada.