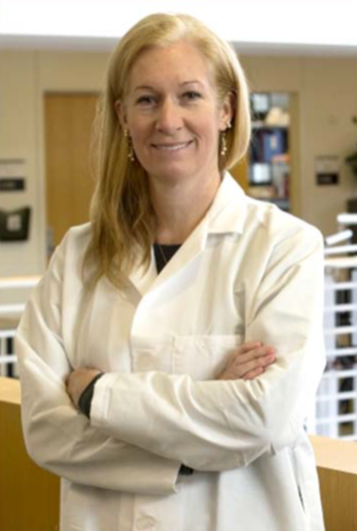 After completing an undergraduate degree in Life Sciences at Queen’s University in 1995, Ann Parr entered medical school at Queen’s, graduating in 1999. During her years at Queen’s Ann won several prestigious awards and scholarships.

Ann began her neurosurgery training in Winnipeg, but after three years, moved to Toronto to pursue graduate work in spinal cord injury (SCI) research in Dr Charles Tator’s lab. She continued to be recognized by awards and scholarships during her years of graduate school. Ann earned her PhD in 2007, and then completed clinical neurosurgery training at the University of Toronto, and was certified by the RCPSC in 2009. She then was the Cahill Spine Fellow in Complex Spinal Neurosurgery at the University of Miami.

Ann is active in resident teaching and educational administrative work at the University of Minnesota. She is a member of the Graduate Program in Neuroscience and is on the Steering Committee of the Medical Scientist Training Program (MD/ PhD).

Ann’s home is on Lake Minnetonka, just outside of Minneapolis. There she can cycle, cross-country ski, jet ski, paddle board and fish from her own dock. Ann reconnects with her family at their Parry Sound cottage each summer. Ann and fellow U of T neurosurgical alumna Sarah Woodrow usually take a major trip together each year and this year they plan a wine-tasting visit to Chile and a trip to Easter Island.