Where are they now? - Renn Holness 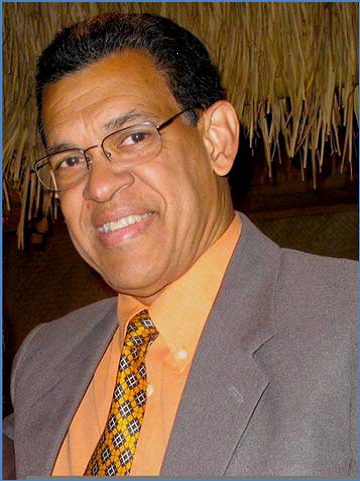 Renn Holness was born and raised in Jamaica, where he attended medical school at the University of the West Indies (UWI). Renn was an accomplished track and field athlete while at school, and graduated MBBS in 1968, the recipient of the Gold Medal. He did his neurosurgery residency at Dalhousie University from 1972 to 1976, and then came to the University of Toronto for clinical fellowships at the Hospital for Sick Children and St Michael’s Hospital (1976, 1977),successfully completing his RCPSC examinations during that time.

Renn had every intention of returning to Jamaica to provide much-needed neurosurgical care and teaching, but the Jamaican government of the day placed draconian economic obstacles in his path (Jamaica’s loss and Canada’s gain). Renn would have had difficulty travelling abroad to attend conferences to upgrade his knowledge and skills, and would have been unable to send funds out of Jamaica to repay his student debt. Hence, he returned to Halifax in 1977 to take up a position in neurosurgery at Dalhousie University and the Queen Elizabeth II Hospital (QEII).

Renn achieved the rank of Full Professor at Dalhousie, and was Head of the Division of Neurosurgery there from 1987 to 2000. He served as an examiner and then chair of the RCPSC examining board in neurosurgery and was secretary and then president of the Canadian Neurosurgical Society (1992-1995). He served as Dean of the UWI branch in Nassau in 2000, and helped to establish and recruit for neurosurgery there.

Renn retired from Dalhousie and the QEII in 2009, and has since been giving back to Jamaica, as he always intended. He has been travelling back and forth from Canada, and has set up a neurosurgical service at the Cornwall Regional Hospital in Montego Bay, where he continues to teach and examine medical students and residents. Renn was awarded an honorary DSc by his alma mater, UWI, in 2010.

Renn and his former wife Deidre have five adult children, of whom they are justifiably proud.

Though the University of Toronto played a limited role in preparing Renn for his distinguished career, he developed many friendships and collegial relationships while here, that continue to this day, to our mutual benefit.